Port Adelaide overcame the loss of two injured players to beat Sydney by 23 points and revive their AFL final hopes in a game marred by a shocking cerebral outburst from Peter Ladhams.

After leading by four points at half-time, the Power crushed Sydney with a flurry of six goals in a third term punctuated by two cerebral blackouts from Swans ruckman Peter Ladhams, playing against his former club for the first time.

Ladhams knocked Port’s Lachie Jones to the ground about 50 yards behind the play – the resulting free was called on the pitch and offered a goal for Sam Powell-Pepper.

Two minutes later, Ladhams tackled Power star Ollie Wines, then roughly punched Brownlow’s medalist in the ribs while he was on the ground.

Ladhams will take a bit of a vacation after hitting Wines in the ribs (top) while he was on the ground. It was his first match against his former teammate 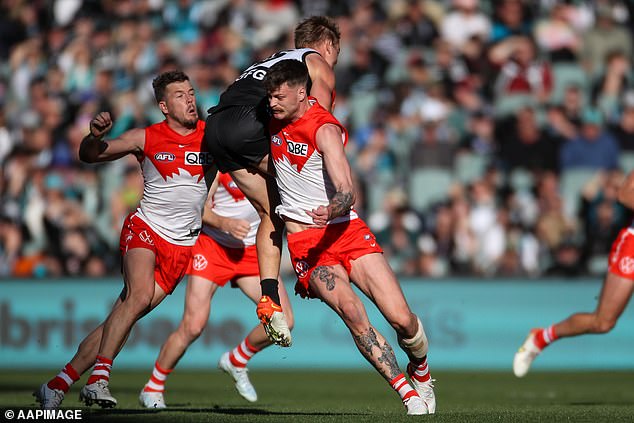 This act also resulted in an open field which was converted into another port goal.

Ladhmans was dragged to the bench when resistance from Sydney broke: Port shot 6.2-nil under 17 minutes to create a decisive 42-point lead.

Power forward Todd Marshall led with four goals, fellow offensive player Charlie Dixon threw two and Wines was superb with his 33 takedowns including six inside the 50s and 11 clearances. 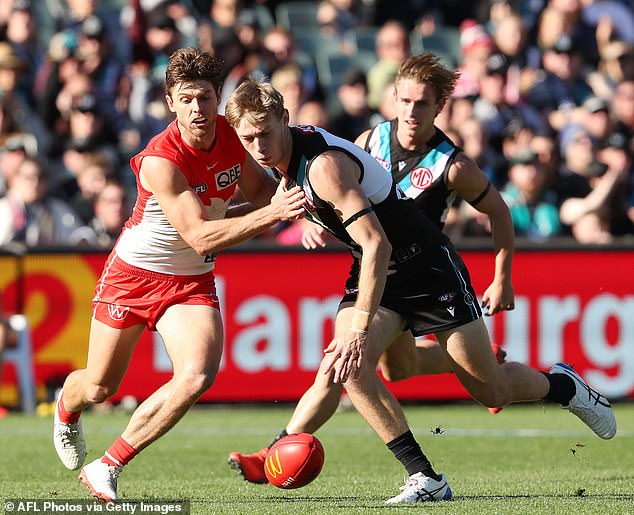 Todd Marshall was huge for the Power, scoring four goals 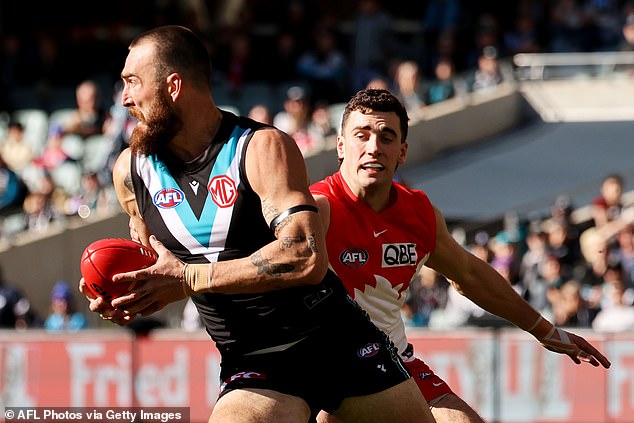 But the third-term swoon would alarm coach John Longmire, particularly given his side’s bright start. 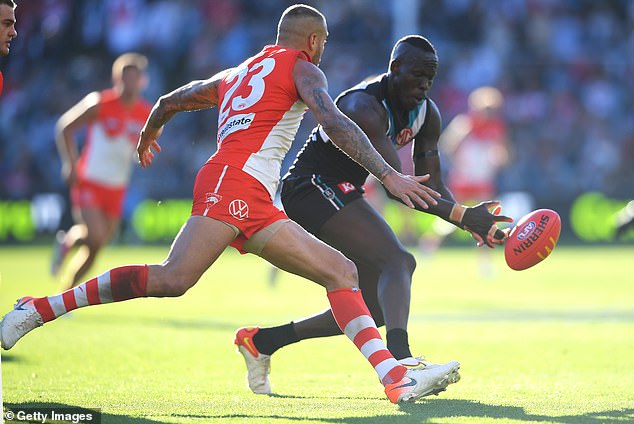 The seventh-placed Swans took a 19-2 first quarter lead with their three big guns – Franklin, Heeney and Mills – all scoring.

But Port scored 12 of the next 14 despite suffering double injuries in the second term.

Dynamic midfielder Butters was substituted out of the game with a left knee injury, sustained when clumsily twisted in a tackle from Harry Cunningham.

And just 10 minutes later, ruckman Teakle, who joined Port in the mid-season draft two and a half weeks ago, injured his left collarbone in a bump with Swan Justin McInerney.