FOR many wine lovers, their wine education began between the covers of the monthly magazine Decanter.

It has been an integral part of my house for about 25 years, regularly bringing news, bottle reviews and brilliant features from wineries around the world.

Over time, it became indispensable when the opportunity arose for me to write about wine over two decades ago.

Like most magazines, Decanter has changed or moved with the times.

And while the major regions of France – Bordeaux and Burgundy – are still heavily featured, the New World nations of Australia, New Zealand, South Africa and the Americas have equal coverage these days. .

Just like the appointment of a new manager in a football club, the arrival of a new editor is generally synonymous with change, if only to mark the project with its imprint. 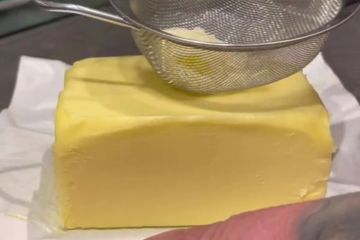 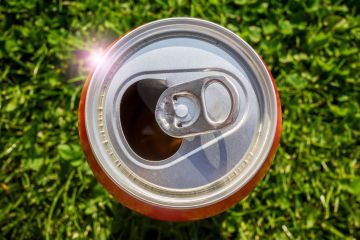 When the magazine underwent such a change over a year or two ago, one of the regular features dropped was “Wine Legends”, where an iconic wine was chosen, and its story and background superbly noted on a full page of the magazine. .

This most popular page was published in 2013 and over the years 100 “special” wines have been printed. I still miss reading it every month.

The good news is that Sona Books, in association with Decanter, have brought together these wonderful articles in a 256-page large-format book, simply titled The World’s Wine Legends – around €33 and available now from good bookstores .

The youngest vintage recorded in the book is 2005 in the form of two Bordeaux wines – Château Ausone and Château Pichon Baron, the oldest an 1862 Madeira from HM Borges, Terrantez.

Most read in The Irish Sun

The most expensive wine is a white Burgundy, Leflaive Montrachet 1992.

I consider myself rather lucky to have “tasted” 30 of these iconic wines – but NOT in the legendary vintages described so beautifully here by Stephen Brook.

To be honest, I will probably never taste any of these most sought after wines.

There can’t be too many bottles left in cellars around the world.

But just reading the evolution of La Mission Haut-Brion 1929 from Bordeaux, for example, gives an idea of ​​how a good vintage plays its part in making an exceptional wine.

Brook reports that the growing season was “warm, but extremely dry”, and the wine was “incredibly concentrated and rich in tannins”.

But Frederic Woltner, owner of the vineyard in 1929, wrote that the wine was “superb in its youth, but unlikely to age well”.

Yet in 1990, some 61 years later, Decanter described the wine as “one of the best ever at The Mission, certainly the richest.”

Fast forward to 1994 and American critic Robert Parker exclaims, “How wrong Woltner was! This wine presents a fabulously exotic sensual bouquet… the palate reveals high alcohol as well as an extreme sweetness, rich, expansive, with a staggering concentration of fruit.

World Wine Legends reads like this all the way through – a collection of some of the finest wines made over the past 125 years or so. We may never get to taste any of them, but here’s a wonderful account of how they came to be – and tasted.

My three wine choices this week all work wonderfully with heartier dishes as we brace for slightly cooler weather.

Spicy, ripe Grenache, Syrah and Mourvèdre from the Danglas family estate near Narbonne deliver a wine that has a certain complexity and concentration with lush, spicy aromas of dark fruit, plum and characteristic hints of garrigue herbs .

Enjoy with: Pasta or grilled meats.

ONE of the stars of the SuperValu French and German wine sale which is ending soon.

The Glas family produces artisanal wines in the Pfalz region, near the French border. Third-generation winemaker Dominik is in charge of wine production on the 20-hectare estate, creating “joyful drinking pleasures to the last sip”.

His Pinot is well balanced, elegant and very, very fruity, with flavors of red fruits, hints of spice and harmonious tannins.

WHAT could be more appropriate to drink at this time of year than a warming glass of Malbec – from Cahors in south-west France, the strain’s ancestral homeland.

The fruit of this family-run organic vineyard of Château Les Croisille is a modern, unoaked style of Malbec, which is surprisingly delicate and fresh, with lively red fruit aromas, good structure and a long, fine finish.