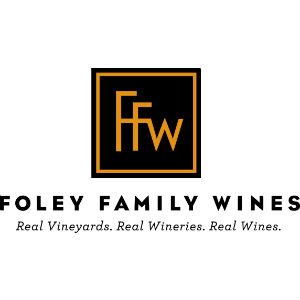 Rodriguez will oversee all winemaking activities for Silverado and its vineyards in the Stags Leap District, Coombsville, Yountville and Napa AVA. The winery was founded in 1981 by the late Diane Disney Miller, daughter of Walt Disney, and her late husband Ron Miller. Rodriguez is only the third winemaker in Silverado history. Silverado’s wine portfolio includes nationally distributed Cabernet Sauvignon, Merlot, Chardonnay, Sauvignon Blanc, Cabernet Franc and Sangiovese, in addition to smaller production offerings for club members and guests of The cave.

Rodriguez brings over 25 years of experience in the wine industry which began with global sales and marketing positions at Gallo and positions in vineyards and enology in the Rheingau, Alto Adige and California. . Rodriguez’s wine experience includes acclaimed Northern California wineries such as Acacia, Sterling, Beringer, and most recently, The Hess Collection. Rodriguez is a graduate of Duke University and Germany’s premier winemaking and viticulture school, Fachhochschule Wiesbaden – Geisenheim.

In his new role, Rodriguez will craft Silverado Vineyard’s flagship single-vineyard Cabernet Sauvignon wines, such as GEO and SOLO, while expanding base wine production and developing new offerings for club and Foley members. Food and Wine Society.

“I am honored to be part of a world-renowned winery that has set the bar for Napa Valley,” Rodriguez commented. “Taking the helm includes equal parts admiration for the legacy established by the Disney-Miller family and enthusiasm for a new vision of all that our vineyards have to offer.”

“Alison’s busy career as a winemaker is rooted in respect for different terroirs and sustainable agriculture,” said Courtney Foley, second-generation winemaker at Foley Family Wines. “Alison and her focus on environmental responsibility are an important part of the next chapter in winemaking and Foley family wines.”

Rodriquez will report to Sarah Quider, vice president of winemaking for Foley Family Wines, and will be based at Silverado Vineyards in Yountville.

Founded by Bill Foley in 1996, Foley Family Wines is a portfolio of highly acclaimed wines from some of the world’s greatest wineries. The company owns more than two dozen wineries around the world, each with their own style of wine, heritage and approach to hospitality. Additionally, the Foley Food & Wine Society offers its members a luxury lifestyle community that celebrates culinary experiences, entertainment and travel in the United States, New Zealand, France and Argentina.